TADÉ Pays du Levant is the most important importer of Aleppo Soap from Syria (Savon d’Alep) in France. The company has been working for over 20 year – since 1994 - with the same master soap boiler of Aleppo soap, Aleppo Soap Co. Both partners meet, despite the particularly complex situation in Syria, their agreements, through which Tadé can support citizens, manufacturers and business partners. Thanks to their stock and the limited production possibilities that are still available, they can live with a spark of hope and dignity.

Aleppo soap is the oldest type of soap manufactured and also the mildest one. It is characterized by a saponification of olive oil in a cauldron, and an addition of different ratios of laurel flower oil at just before the soap is transferred for months of ripening. This gives the soap an extremely mild character, which is enhanced with the laurel flower oil contents, expressed in a percentage. The soap is characterized by an artisanal brownish outside and a green inside. Aleppo soap is usually coursely cut in bars, for which it is named 'pain d'Alep' in France.

Liquid Aleppo soap is made according to the same procedure, but the use of potassium hydroxide instead of sodium hydroxide in saponification results in a liquid soap product. 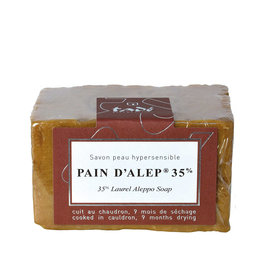 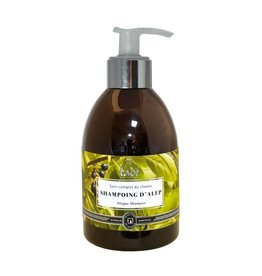 Shampoo manufactured according to the traditional procedure in a cauldron. Soft and gentle shampoo for cleaning and caring of slightly oily and curly hair.
I want it
Tadé Aleppo shampoo - mild - laurel oil (300 ml)
€14,50 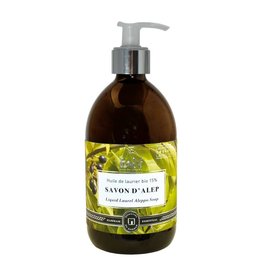 A rich liquid Aleppo soap with 15% laurel bay oil. It is rich in essential fatty acids and antioxidants and cleanses even the most sensitive skin without drying out.
I want it
Tadé Aleppo liquid soap for dry skin - 15% laurel oil (500 ml)
€14,50 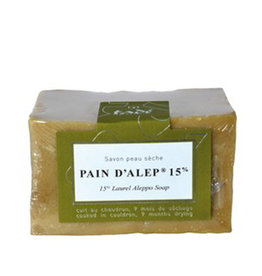 Superfat Aleppo soap made according to the traditional saponification and ripening procedure of a mixture of olive oil and laurel oil. Suited for sensitive skin. Made in Aleppo, Syria. Pain d'Alep
I want it
Tadé Aleppo Soap for dry skin - 15% laurel oil (200 g)
€5,95 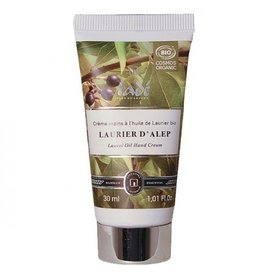 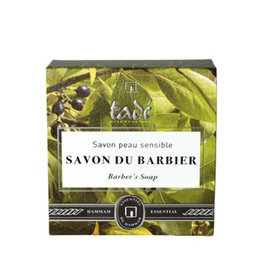 Get a perfect shave with Tadé Aleppo barber soap. Extremely mild, suited for the most sensitive skin, it softens tight skin and avoids razor burn. 99.9% Natural origin.
I want it
Tadé Extra mild shaving soap for sensible skin (100 g)
€13,95
Please accept cookies to help us improve this website Is this OK? Yes No More on cookies »
← Return to the back office    We ship worldwide within 48 hours (delivery times will vary). Hide